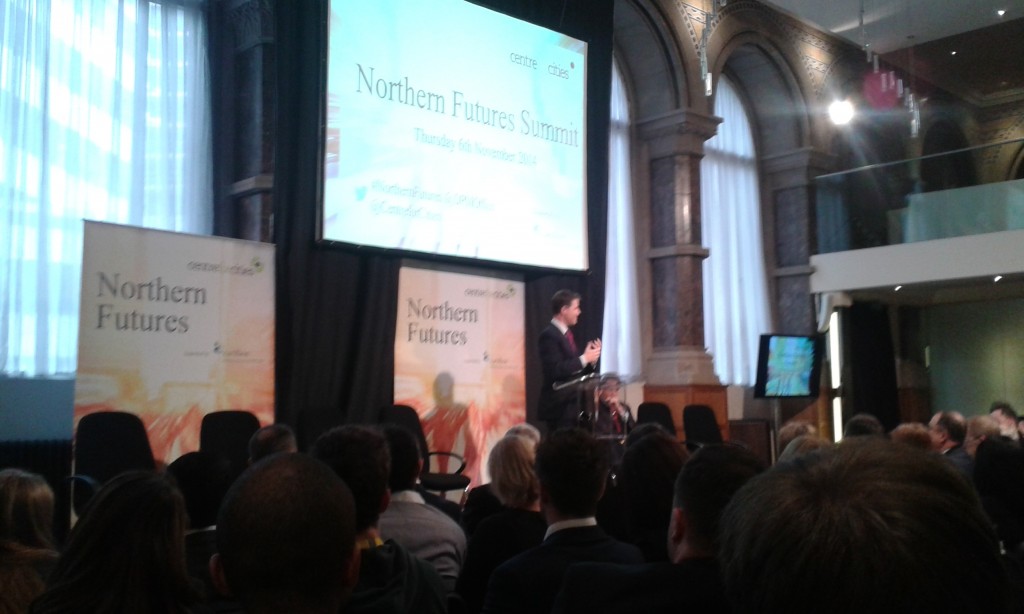 The Northern Futures summit was hosted by the Centre for Cities today and was an opportunity for civic leaders, businesses, residents and other stakeholders to discuss ideas on how to create an economic core in the North of England that’s globally competitive.

The day involved the pitching of nine ideas contributed to the Northern Futures team over the past four months, along with keynote speeches from Jim O’Neill, Chair of the City Growth Commission, and Prof. Ed Glaeser of Harvard University.

Five quick points from the day: