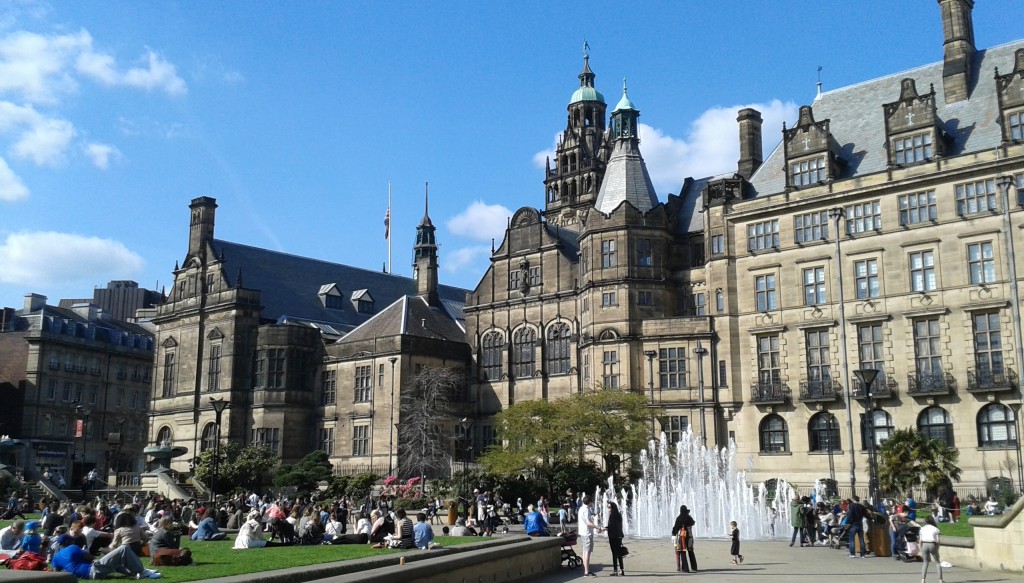 How should cities like Sheffield develop in the future?

If you’re aware of the UK Government’s Northern Futures consultation, you will have seen that they’ve been seeking ideas on future growth for the north of England and a vision for 2030.  The range of opportunities and challenges this opens up is vast and makes it difficult to know where to start.   A limited scan of evidence however finds that certain areas may have a meaningful impact on creating an economic core to compete with the biggest cities in the world.  This includes:

What will happen as an eventual outcome from the Northern Futures consultation (with a general election seven months away) is a separate question.  At this point in time, this set of suggestions simply scratches the surface and highlights areas that government and other stakeholders may wish to consider when developing plans in the north of England.  It also advocates the importance of having a solid evidence base to inform future decision-making. Further commentary on each idea is provided below.

Ideas for the North – pdf

Improved transportation and travel services across the north of England could offer several important benefits, not least the economic impacts from reduced congestion and shorter journey times.

Focusing on the Local Enterprise Partnership (LEP) regions between Lancashire and the Humber, Figure 1 highlights how many people commute to work by car, van or train within each of the LEP regions and how many commute in and out of the surrounding LEP regions.  It shows that the number of people commuting between cities in the north is a small fraction of the number travelling within the city regions.

From one perspective, this could suggest that any future investment should perhaps be directed at improving services within the city regions that people actually use already.  Alternatively, it could be interpreted that people aren’t commuting between northern cities precisely because of the current state of transport.  This is an area that would certainly benefit from further research. 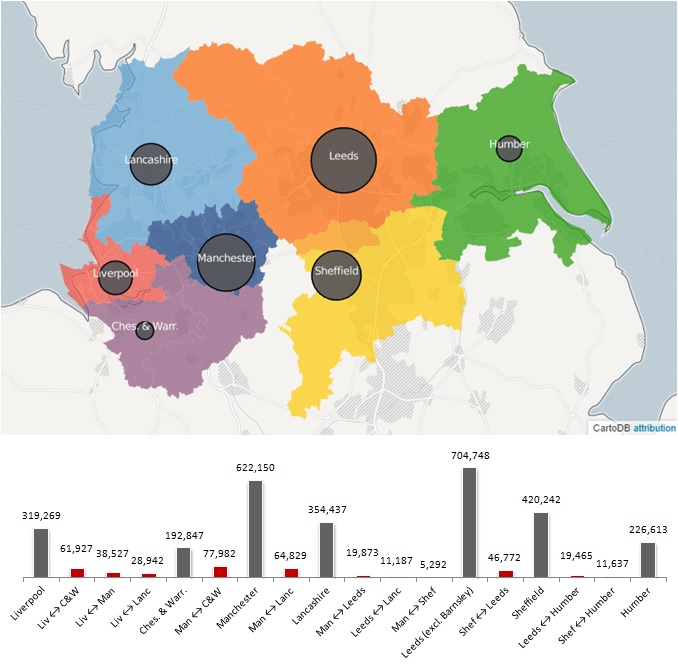 Figure 1: Number of People on a Daily Commute Within and Between Northern LEP Regions by Car, Van or Train. Source: Office for National Statistics (ONS), Census 2011, Origin-Destination by Mode of Transport

There is potential to re-examine how the north of England is promoted around the world for inward investment, tourism and trade.  At the moment, LEPs in the north are playing an active role in inward investment but also rely on UK Trade & Investment (UKTI) for the delivery of investment projects. This is in contrast to the devolved authorities of Scotland, Wales, Northern Ireland and London that have separate teams with responsibility for project delivery.

Publicly available data on inward investment is limited, especially at regional and local scales, and Figure 2 provides a breakdown of the 1,773 inward investment projects undertaken by UKTI in 2013.  It also includes a column chart which finds that the number of projects in England (excluding London) is generally lower than other parts of the UK according to size of population, number of businesses and value of the economy.

The relatively strong performance of Scotland, Wales and Northern Ireland suggests that the north of England could do more to get to these levels.  For example, it might be advantageous for the north to have an individual team responsible for project delivery, similar to the devolved nations.

3. Centres of Industry and Learning

The north of England has a considerable number of large companies and institutions that are well embedded in the region and offer valuable supply contracts to surrounding firms.  There are also examples like the AMP in Rotherham, the Centre for Life in Newcastle and Sci-Tech Daresbury in Halton where long-term investment and partnerships are helping centres to become world-renowned.

Figure 3 presents the number of enterprises employing over 1,000 people in the north and it finds that there are up to 325 large organisations in the private sector alone.  Dedicated local or regional support to key employers and greater recognition of firms that call the north home could potentially encourage a shared spirit of growth among northern business leaders. 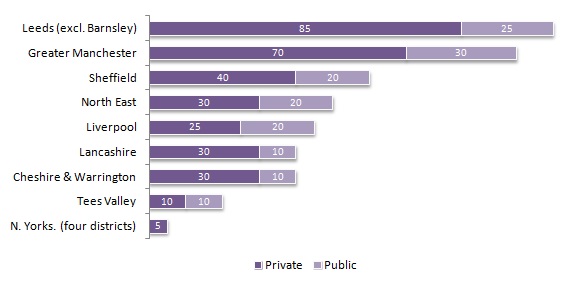 Centres of excellence and innovation not only emerge from world class employers though, they also come from world class universities.   As shown in Figure 4, higher education institutions across the north had over 500,000 higher education students enrolled in 2012/13, including many international students.  The impression they take away of the north will likely influence whether they stay in the region or come back to work in the future, bringing their skills with them.

A final idea is to encourage and embrace sustainability to the extent that it becomes part of the north’s identity and at a level that competes with leading sustainable cities in Europe such as Copenhagen and Amsterdam.  This could help to address issues as diverse as affordable housing, supporting an aging population, energy security, environmental protection, and improving health and quality of life.

There are relatively few indices that track the sustainability performance of UK cities but one example is the Sustainable Cities Index produced by Forum for the Future between 2007 and 2010 which covered 20 UK cities and 13 indicators. Figure 5 lists the average ranking for each city over the four years of the index.

As can be seen, Newcastle is the highest ranking city in the north, followed by Leeds and Sheffield.  Four other northern cities are in the bottom half of the ranking list; Manchester, Sunderland, Liverpool and Hull.  If steps were taken to transform the north into a more sustainable economy, the northern cities ranking poorly between 2007 and 2010 could be setting the highest standards for the rest of the country by 2030.

One North (2014) A Proposition for an Interconnected North – http://www.manchester.gov.uk/news/article/6940/one_north_region_s_cities_unveil_joint_plan_for_improved_connections (retrieved 22/10/14)