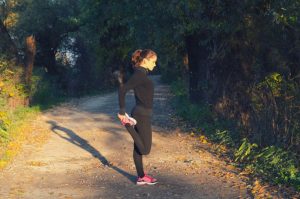 ABRE is looking forward to an exciting year of research and evaluation in 2017 – a year which will be shaped by the 2016 EU referendum, the changing role of evidence, new innovative research methods and opportunities for professionalisation in evaluation. Here are some reflections and useful links for the year ahead!

Firstly of course, the UK’s decision to leave the EU is seismic and begins a long term process of transforming uncertainty into opportunities for economic development and other sectors. While UK Government funding commitments to 2020 are welcome, they also heighten the need for organisations to get their ducks in a row for a new operating environment in the near future. For example, funders’ increasing emphasis on demonstrating accountability and value for money already appears to be generating a culture change in the voluntary and community sector. The message for all seems to be get ready for change.

The past year has also seen a public diminishment of facts and experts on both sides of the Atlantic, in politics at the macro level but also at much more micro levels as reported in the ABRE blog one week before the EU vote. The research and evaluation community has a lot to do to win confidence in a changing world. Sites such as Sense about Science, Full Fact, BBC R4 More or Less and The Guardian’s Reality Check provide useful starting blocks (for the UK at least). Similarly, from this year’s personal reading list, the paper on New Political Governance by Jill Anne Chouinard and Peter Milley provides a helpful primer from North America on some key considerations when a ‘take it or leave it’ approach to evidence exists.

More positively, 2016 has allowed for some exciting new research approaches and innovations. ABRE has recently been collecting video feedback from participants in a Big Lottery funded youth employment programme, and development of the Assess-Evaluate-Develop Framework has progressed with the website launch in July and continued refinements into 2017.

ABRE also continues to support steps to enhance the evaluation profession in the UK, which has involved Andrew’s participation in the UKES Voluntary Evaluator Peer Review (VEPR) pilot in March, attendance at the UKES national conference in May, and election to the UKES national Council in December.

Many thanks to colleagues, clients and friends in 2016, and ABRE looks forward to continued work together throughout 2017. Finally, end of year thoughts with the family, friends and colleagues of David Kay who will be sadly missed but whose enthusiasm and kindness of character will be fondly remembered!